SAN DIEGO–(BUSINESS WIRE)–UBILITE announced today that Peter L. Gammel has joined the company as its new CEO. Mr. Gammel most recently held the position of vice president and CTO of the Mobile and Wireless Infrastructure Business Unit at GlobalFoundries. Previously, he was the CTO of Skyworks Solutions, Inc. and also served as CTO and vice president of engineering at SiGe Semiconductor before its acquisition by Skyworks. Prior to SiGe Semiconductor, he was vice president of engineering at Renaissance Wireless and CTO at Advance Nanotech and for Agere Systems’ Analog Products Business. He was also a distinguished member of technical staff at Alcatel-Lucent Bell Labs. 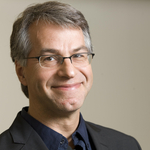 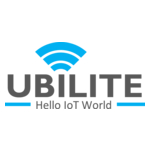 Gammel received a Bachelor of Science in physics and mathematics from Massachusetts Institute of Technology and a Ph.D. in physics from Cornell University. With over 40 years of experience in the semiconductor and wireless connectivity, Gammel will be instrumental in driving commercialization of UBILITE’s low-power wireless technology.

“I am excited to join the UBILITE team. With its patented ground-breaking innovative ultra-low power Wi-Fi solution, UBILITE is positioned to revolutionize connectivity for IoT devices. UBILITE’s UBI206 SoC and modules will unleash the true potential of IoT with order of magnitude improvements in power consumption compared to competing Wi-Fi solutions and better power consumption than most Bluetooth solutions at up to 10-20x the data rate,” said Gammel.

“We are now sampling our solution to key partners and customers,” said Ismail Lakkis, Founder, CTO, and executive chairman of UBILITE. “Peter’s wide and deep expertise in the semiconductor industry will accelerate our company’s growth and position us as the global leader in ultra-low power Wi-Fi.”

Founded in 2014, UBILITE is a fabless semiconductor company developing the lowest-power Wi-Fi SoC for IoT applications. UBILITE’s UBI206 Wi-Fi SoC has power consumption that is lower than Bluetooth at up to 10-20x the data rate. Its ultra-lower consumption in active and sleep states enables very long battery life or the ability to use energy harvesting to enable continuous operation for many years.