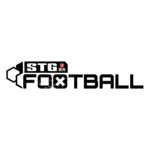 “We believe that our team has the ability to breathe new life into the current lineup of sports games in market, and as passionate sports fans, build a game that is fast, fun and offers a fresh take on the genre,” said Jerome Collin, Co-Founder and CEO of SuperTeam Games. “We’re excited to be one of the first blockchain-enabled games to partner directly with the NFL Players Association, guaranteeing authentic gaming for our community.”

STG Football is a free-to-play, real-time, arcade football game. Each game features seven professional football players per side, with four of those players controlled by actual gamers and the three others controlled by Artificial Intelligence. It will have enough strategic and on-field football elements to feel realistic, with a modified rule-set to emphasize quicker turnaround, game pace, and unique gameplay.

“Football fans are both passionate and tech savvy, and we’re continually searching for unique ways fans can engage with players,” said Terése Whitehead, Vice President, Consumer Products & Strategy at NFL Players Inc., the marketing and licensing arm of the NFLPA. “We love the concept behind STG Football and how SuperTeam Games embraces the value that professional football players bring to video games. By layering on blockchain technology and including NFTs, it gives fans more connectivity to the players they love.”

OneTeam, the group licensing partner that leads the NFLPA’s video games business, facilitated the deal. “SuperTeam Games’ unique vision for a fast-paced, action-packed game will bring fans to the core of the sport they love. NFL athletes are some of the most competitive people in the world, and we’re excited to support a game that focuses so heavily on teamwork and competition,” said Henry Lowenfels, Chief Product Officer at OneTeam.

SuperTeam Games is planning for a Beta launch of STG Football in Q3 of 2022 with a full free-to-play launch on PC in Q1 of 2023. Ahead of the closed beta launch, STG Football will have a pre-sale for the Founders Series NFTs available only to early adopters, allowing players to add to their collections several of the biggest stars in football. Fans are encouraged to join the community on Discord and Twitter to stay up-to-date on the latest news leading up to launch.

SuperTeam Games, founded in 2021, is creating a new breed of sports games. They’re building games that are fast, fun and offer a fresh take on the genre. By embracing cross-platform play and investing in blockchain integration, SuperTeam Games is focusing on what matters: making great products. Company website

The National Football League Players Association (“NFLPA”) is the union for professional football players in the National Football League. Established in 1956, the NFLPA has a long history of assuring proper recognition and representation of players’ interests. The NFLPA has shown that it will do whatever is necessary to assure that the rights of players are protected—including ceasing to be a union, if necessary, as it did in 1989. In 1993, the NFLPA again was officially recognized as the union representing the players and negotiated a landmark Collective Bargaining Agreement (“CBA”) with the NFL. The current CBA will govern the sport through the 2030 NFL season.

A licensing, athlete marketing and media powerhouse, OneTeam launched in 2019 as a joint venture between the NFL Players Association (NFLPA), MLB Players Association (MLBPA), and RedBird Capital Partners to maximize the collective value of athletes’ rights through group licensing, marketing, media and other ventures. OneTeam represents a range of commercial business interests on behalf of the athletes of the NFLPA, MLBPA, MLSPA, U.S. Women’s National Team PA, WNBPA, NWSLPA, U.S. Rugby PA, and League of Legends Championship Series PA, as well as those of thousands of college athletes. To learn more visit www.joinoneteam.com.