PORTSMOUTH, N.H.–(BUSINESS WIRE)–#InternetOfThings—Senet, Inc., a leading provider of cloud-based software and services platforms that enable global connectivity and on-demand network build-outs for the Internet of Things (IoT), today announced that it has been selected as the winner of the “IoT Alliance of the Year” award in the 7th annual IoT Breakthrough Awards program conducted by IoT Breakthrough, a leading market intelligence organization that recognizes the top companies, technologies and products in the global Internet of Things market today. 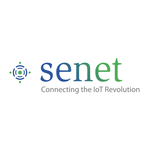 The 2023 IoT Breakthrough Award recognizes the innovation brought to market by Senet’s integration with the Helium Network, resulting in the largest global public LoRaWAN network, dense network coverage in most major metropolitan areas, coast-to-coast coverage across major US logistics corridors, and the introduction of a suite of network visualization, planning, and management tools to simplify the deployment of IoT solutions on the Helium network.

Delivered though Senet’s Extended Coverage Services, Senet customers can now access global LoRaWAN network connectivity through more than 982,000 Helium-compatible hotspots in over 76,000 cities and 188 countries. For solution providers deploying commercial applications at scale, Senet provides a carrier grade on-ramp to the Helium Network. Through a full suite of cloud-based services, solution providers partnered with Senet can onboard and operate their IoT devices using Senet’s platform and benefit from features such as application management through an intuitive user portal or APIs, simplified billing in US dollars, and secure device provisioning. As new hotspots are added to the global Helium Network, they will automatically contribute to Senet’s network coverage at no additional cost to customers.

This integration also supports unique service offerings like Senet’s Location Estimator which uses the company’s public carrier-grade LoRaWAN network and the Helium network to provide customers with location logic for asset tracking, location-enabled mapping, and any application that can benefit from estimated presence and proximity detection.

“The growth of the LoRaWAN market is being driven by demand for wireless solutions to help optimize business operations, modernize municipal infrastructure, and aid in resource conservation. Adoption of LoRaWAN is being seen across various industries such as utilities, healthcare, manufacturing, and logistics, and more. By connecting IoT devices, even entire cities can optimize the use of their utilities and services to save time and money,” said James Johnson, managing director at IoT Breakthrough. “Over the past year, the partnership between Senet and Helium has rapidly accelerated. This integration brought together the two largest LoRaWAN networks in North America to deliver far more connectivity than had previously been available.

By onboarding their solutions through Senet, customers benefit from its robust network and device management services, delivering the highest levels of reliability and responsiveness for scaled IoT applications. Congratulations to Senet on winning the award for ‘IoT Alliance of the Year!’”

The mission of the IoT Breakthrough Awards program is to recognize the innovators, leaders and visionaries from around the globe in a range of IoT categories, including Industrial and Enterprise IoT, Smart City technology, Connected Home and Home Automation, Connected Car, and many more. This year’s program attracted more than 4,000 nominations from companies all over the world.

“We’re honored to be recognized by IoT Breakthrough for our global integration with the Helium Network and launch of our Extended Coverage services. I’d like to congratulate all of those who have contributed to a year of historical growth in the IoT and LoRaWAN markets,” said Bruce Chatterley, CEO of Senet. “The growth of the Helium Network has been explosive and as solution deployments grow in scale, robust network and device management services are becoming increasingly important. Through Senet’s Extended Coverage and managed services on-ramp to the Helium Network, solution providers benefit from greater coverage and consistency in operational service which are vital to success.”

Senet develops cloud-based software and services used by Network Operators, Application Developers, and System Integrators for the on-demand deployment of Internet of Things (IoT) networks. In addition to industrial and commercial applications, Senet has designed smart meter networks for many municipal water utility districts across the United States, representing millions of households. With a multi-year head start over competing Low Power Wide Area Network technologies, Senet offers services in over one hundred and eighty countries and owns and operates one of the largest publicly available LoRaWAN® networks in the United States. Our disruptive go-to-market models and critical technical advantages have helped us become a leading connectivity provider with recognized expertise in building and operating global IoT networks. For additional information, visit www.senetco.com.

Part of the Tech Breakthrough, a leading market intelligence and recognition platform for global technology innovation and leadership, the IoT Breakthrough Awards program is devoted to honoring excellence in Internet-of-Things technologies, services, companies and products. The IoT Breakthrough Awards program provides a forum for public recognition around the achievements of IoT companies and products in categories including Connected Home and Home Automation, Connected Car, Industrial IoT (IIoT) and Smart City, Consumer IoT and more. For more information visit IoTBreakthrough.com.