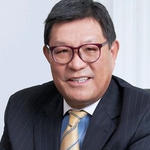 Sam Tabuchi has spent over 30 years in the US working in the State of Florida. He worked at the Department of Commerce as a manager of the Asia Section in the promotion of Foreign Direct Investments from Japan and Asia. In private business, he promoted public transit system (high-speed rail) development with TOD (transportation-oriented development), developed in Japan, Florida, and in the US. He served as a Special Assistant to the USTR Office on loan to assist the US-Japan trade issues in 1980.

He became Chair of UN PPP Working Party in 2018 (re-elected in 2020), which promotes the People First PPP development around the world following the concepts of SDGs – Sustainable Development Goals of UN (2015–2030). Mr. Tabuchi works with other UN organizations such as UNHCR (UN Refugee Office) for their global fleet management programs in Africa.

Sam Tabuchi serves as Director of Asia PPP Institute (A3PI) established in 2011 by co-chairs Dr. Mahathir (former Prime Minister of Malaysia) and Chancellor Shiokawa (former Finance Minister of Japan) to assist the development in Asia with the utilization of PPP. A3PI has supported various economic development programs in Asia including award-winning projects.

Mr. Tabuchi advises Chodai Company on various projects including improvements in the operation management of local governments in Japan through the programs sponsored by the Cabinet Office of Japan. He is also involved in the development of anti-earthquake low-income housing in Indonesia working with Japanese companies and government programs.

Sam Tabuchi completed his undergraduate degree from Rikkio University in Tokyo and a postgraduate in Urban and Regional Planning from Florida State University in Tallahassee, Florida.

CEA Chairman and Founder Rick Michaels stated, “I am honored to have Sam Tabuchi, a distinguished global business leader, join our Advisory Board. Sam possesses a plethora of knowledge and lifetime achievements, especially in global economic development and the Asia region. His international perspectives and experience are invaluable to CEA’s objectives. We look forward to successful collaborations with Sam.”

Founded in 1973, CEA is a leading provider of investment banking services. With a team of experienced personnel worldwide, CEA has an unequaled depth and breadth of industry knowledge, expertise and long-standing industry relationships. CEA has completed over 1,000 transactions totaling $60+ billion in more than 60 countries. CEA’s reputation and track record of success are built on delivering innovative, value-added solutions and services to clients worldwide.

CEA Atlantic Advisors, LLC is a FINRA Registered Broker-Dealer and a member of SIPC.