MOON Ultra raises $15 million Series B round of funding

Music entrepreneurs L.A. REID and BURNA BOY join other sports and entertainment stars’ investment in MOON Ultra, one of TIME’s “Best Inventions of 2020” 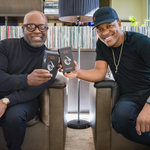 MOON Ultra is the brainchild of CEO and co-founder Edward Madongorere, who was inspired by his son with autism to capture every moment, and subsequently designed MOON UltraLight to enhance the way consumers take photos and videos. The Zimbabwe born Madongorere drew inspiration from his design background, resulting in the company’s products being recognized by Fast Company (2022 Innovation by Design Awards), GDUSA (American Graphic Design Award – Best of 10,000+ entries) and TIME Magazine (Best Inventions of 2020) among others.

Reid was drawn to MOON Ultra for the company’s innovation and storytelling. “MOON Ultra is a very cool and convenient tool designed to bring light to darker moments. I am honored to participate in the launch of this revolutionary lighting device. Ed is a brilliant designer who is destined to make his mark amongst the world’s great innovators,” said Reid, the multi- GRAMMY® Award-winning producer.

Recently, Burna Boy received two nominations for the 2023 Recording Academy Awards including Best Global Music Album for “Love, Damini” and Best Global Music Performance for his hit track “Last Last”. Known for his unique behind the scenes content creation, Burna Boy was excited to get behind MOON. “The MOON products are elegant and sophisticated, technical yet straightforward. Knowing such an innovation was brought about by my fellow African brother is unique and inspirational. More importantly, showing the next generation of African children that something like this is possible, is what innovations like these are all about,” said Burna.

Madongorere and his co-founder Dishen ‘Dixon’ Yang are thrilled to have the support to further their mission to develop innovative products to help creators capture their best moments. “It started with a mission to create beautifully designed and well-executed products, but the mission became much more than that. It became about inspiring so many underrepresented, underestimated men, women, boys and girls from Africa, the diaspora, and around the globe, to see the same potential in themselves. Now, leveraging our network of investors, influencers, celebrities, pro athletes and content creators, we are building a brand that stands for boldness, and empowers everyone to be seen in every way,” said Madongorere.

As a producer, songwriter, musician, entrepreneur, philanthropist, author, and music executive, three-time GRAMMY® Award-winner L.A. Reid has consistently influenced, impacted, and inspired music and culture throughout an often-unbelievable yet always legendary career. Among many pivotal milestones, he effectively planted the roots for the modern Atlanta music scene by opening LaFace Records in the city in 1989. Recognizing talent at its most nascent phase, he notably signed Justin Bieber, Avril Lavigne, P!nk, Camila Cabello, Rihanna, and Usher as teens. He served as Executive Producer on historic diamond-certified opuses such as “the best-selling album by an American girl group” TLC’s CrazySexyCool and the “top selling hip hop album of all time,” OutKast’s Speakerboxxx/The Love Below, as well as Usher’s Confessions—which garnered GRAMMY® Awards for “Album of the Year,” “Best Rap Album,” and “Best R&B Album”. He has also fueled the success of everyone from Jay-Z, Kanye West, Toni Braxton, and Mariah Carey to Future, Travis Scott, DJ Khalid and 21 Savage.

Burna Boy was born Damini Ogulu in Port Harcourt, Rivers State, Nigeria, in 1991. He began making music at just ten years old when a fellow classmate at school gave him a copy of the production software FruityLoops. With his fusion of dancehall, reggae, Afrobeat, and pop, Burna Boy emerged in the early part of the 2010s as one of Nigeria’s fastest-rising stars. His international exposure widened with 2018’s Outside, which hit number three on the Billboard Reggae chart and won the Nigeria Entertainment Award for Album of the Year. 2019’s African Giant and 2020’s Twice as Tall were both widely acclaimed and charted in several countries.

Twice as Tall went on to win a GRAMMY® for Best Global Music Album. Burna performed a sold-out concert at Madison Square Garden in April 2022, becoming the first Nigerian artist to headline a show at the famed New York venue. Led by the Toni Braxton-sampling hit “Last Last,” his sixth album, Love, Damini, was released on July 2, his 31st birthday. Burna Boy is currently nominated for two GRAMMY® Awards.

MOON Ultra is an award-winning consumer technology brand founded in 2017 by Edward Madongorere and Dishen ‘Dixon’ Yang. Through its revolutionary approach to sleek design and functionality, MOON Ultra offers content creators (and consumers alike) a premium professional lighting experience on virtually any mobile device at the touch of a fingertip. Named one of TIME Magazine’s Best Inventions of 2020, MOON Ultra is boldly about storytelling, inclusivity and designing products that shine positivity on the world at an affordable price. The brand’s array of investors includes some of the world’s biggest names in music, professional sports, entertainment and technology. For more information, visit moonultra.com.