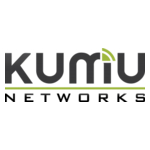 As part of its ongoing development work with the US ARMY, Kumu performed a demonstration of the K8 canceller. Kumu’s SLIC module successfully suppressed self-interference from a 1 Watt (30dBm) transmitter down to 0.001 nano Watts (-90dBm). This represents a total isolation of 120dB of which Kumu’s K8 canceller provided a world-record 100dB (10 billion times) with the remaining cancellation coming from the physical antenna separation. Such massive isolation achieved through self-interference cancellation enables very compact, high transmit power full duplex systems that reuse the same spectrum resources for multiple links without interference.

“The Kumu team has made tremendous strides in reducing the size while simultaneously increasing performance of the original solution by several orders of magnitude,” said Kumu CEO David Cutrer. “I am proud that this hard work and dedication has resulted in a product that not only sets a new world record in interference cancellation but also brings a broad range of new capabilities to the table at a critical juncture for the wireless industry.”

Self-interference occurs when a transmitter jams its own receiver, an inevitability in today’s dense network environment. Over the last century, two different methods for getting around self-interference have seen wide adoption – Frequency Division Duplex (FDD) and Time Division Duplex (TDD). In FDD, different frequency channels separated by a substantial distance in frequency are allocated to transmit and receive so that RF filters can be used to reduce self-interference. In TDD, transmit and receive are separated in time, where the frequency is used only for transmission or reception at any given time. In both methods, there is substantial wastage of valuable spectrum resources.

Kumu Networks has pioneered and mastered SLIC – the first technology to effectively cancel interference without halving frequency utilization – over the last decade, bringing a Stanford University research project to full commercial readiness and market adoption in a broad array of applications while continuing to push performance and innovation boundaries.

“Self-Interference has been a perennial struggle for wireless systems since their existence. It is exciting to see Kumu Networks’ remarkable achievement in self-interference cancellation,” said Prakash Sangam, Founder and Principal of Tantra Analyst. “This technology will go a long way in helping the wireless industry to achieve next levels of performance and efficiency.”

Kumu’s SLIC technology is deployed in commercial products including in US Tier-1 commercial mobile networks. The significant performance boost due to SLIC enables a wide range of solutions, applications and use cases.

Kumu Networks is a leading provider of radio self-interference cancellation and filtering technology for IoT, wireless infrastructure, and electronic defense. Kumu Networks’ patented self-interference cancelling technology not only allows radios to use a single frequency channel to simultaneously transmit and receive, but can also provide flexible and dynamic filtering capabilities to avoid interference between co-located radios. Kumu Networks’ filtering and cancellation solutions, in the forms of RFICs and modules, are in use and testing with leading electronics, defense and aerospace manufacturers.