PANAMA CITY–(BUSINESS WIRE)–Globalstar (NYSE American: GSAT), has partnered with Globalsat Group to deploy a jointly developed IoT solution powered by Globalstar’s satellite network designed to monitor renewable energy stations located in remote areas of Latin America. The initial deployment will include 23,000 devices throughout the region with an expectation of additional opportunities in the short term. 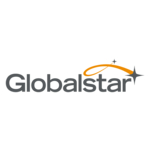 The energy stations, which are installed in remote areas, have historically presented cost implications surrounding access and, similarly, without notice of service shutdowns, have caused additional loss of time, revenue, and information. The new solution will allow clients to obtain daily data, including information on equipment status and energy consumption. Maintenance costs will also be drastically reduced with preventive scheduling and real-time response. The solution will also provide monitoring visibility as a means of theft prevention.

“This deployment represents a critical milestone in our expansion into renewable energy verticals in Latin America,” said Juan Porras, General Manager of Globalstar for Latin America. “Through this partnership, we are now well positioned to expand into other energy markets around the world,” said David Kagan, CEO of Globalstar.

Globalstar and Globalsat have been working together since 2019 on solutions in the mining, oil and gas, and government industries throughout Latin America. Development of this renewable energy project started back in 2020.

J. Alberto Palacios, CEO of Globalsat Group, commented, “It was a technically demanding development where we had to combine low power levels and high reliability, and our team was able to further optimize efficiency through the development of custom hardware, an aspect in which we are particularly proud of having been able to add value to this challenging project.”

Founded in 1999, Globalsat Group is the first Pan – American Mobile Satellite Service (MSS) consortium and a leading provider of voice, data, M2M / IoT, software and hardware developments throughout the western hemisphere with offices in continental United States, Argentina, Bolivia, Brazil, Canada, Chile, Colombia, Ecuador, Peru, Puerto Rico and Mexico, as well as distributors in the most important cities in the region. Continuously and efficiently, Globalsat’s land, maritime and aeronautical solutions provide mission – critical communications to thousands of customers across sectors as energy, government, defense, media, mining, banking, agriculture, NGOs and tourism, among others. Globalsat Group was honored with the “Top Land Mobility Satcom Innovation Award” by the MSUA (Mobile Satellite Users Association) and was also named “Latin Americas Satellite Communications Company of the Year” in 2016, 2017 and 2020 by the highly recognized international consulting firm Frost & Sullivan. Recently Globalsat Group has been distinct through its affiliate Globalsat do Brasil as a leading company ACIL GPTW.