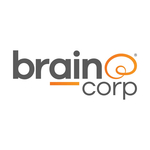 “David is a phenomenal leader who has been key in creating incredible success for our customers and driving innovation throughout our company and industry wide,” said Dr. Izhikevich. “He has been my trusted business partner for years, and I couldn’t be happier to recommend him as CEO. Brain Corp is ready for its next chapter of leadership as it continues to mature and flourish. I look forward to continuing to help David build on my vision of having robots everywhere helping people.”

“David Pinn’s promotion to CEO is a natural progression that reflects his successful leadership at Brain, including his role as a major architect of the company’s OEM partnership strategy and shelf scanning initiatives, as well as his role as financial steward of the company,” said Steve Altman, Brain Corp board member and ex-Qualcomm President.

Since joining Brain Corp in 2017, Pinn has held a variety of executive positions including Chief Strategy Officer, and most recently, Chief Financial Officer. In these roles, Pinn helped lead Brain Corp’s transformation from a robotics hardware company to a software as a service (SaaS) company. Pinn played a key role in Brain Corp’s funding, securing over $100M of capital from the SoftBank Vision Fund, Qualcomm Ventures, Hercules Capital, ClearBridge Investments, and Satwik Ventures.

“I’m honored that Eugene and our Board have given me the opportunity to lead Brain through the next phase of our journey,” said Pinn. “Eugene has built a talented and passionate team focused on improving lives through automation. I’m thankful for our team, our partners, and our customers, who have made Brain the leader in commercial robotics.”

Prior to joining Brain Corp, Pinn was Head of Finance for Antenna79, a technology startup backed by L Catterton, the world’s largest consumer-focused private equity group, where he helped raise $94.9M in private equity funding. Before this, Pinn was a cofounder of Snaptracs, Qualcomm’s consumer electronics subsidiary. He oversaw the successful sale of the business, which led to a merger with Whistle and a $117M acquisition by Mars. Pinn holds a Bachelor of Science degree in electrical engineering from the University of Texas at Austin and a Masters in Business from the University of California, Berkeley, Haas School of Business.

Working through its OEM partners, Brain Corp has become the world’s largest deployer of autonomous mobile robots (AMRs) operating in commercial public spaces. Over the last year, Brain Corp has achieved record revenue growth and has become the largest deployer of data collecting robots with its roll out of Inventory Scan at Sam’s Clubs nationwide. Additionally, Brain Corp has seen significant international expansion, recently announcing 100% year-on-year growth in Europe, and surging sales of its Whiz autonomous vacuum in partnership with Softbank Robotics, resulting in record numbers of units shipped. As retailers and other industries look to sustainably manage operations amid labor shortages, supply chain slowdowns, and other pressures, Brain Corp has uniquely positioned itself to address these challenges, partnering with the world’s top manufacturers, and continuously advancing the capabilities of its software platform, BrainOS.

Brain Corp is an AI software leader that powers the world’s largest fleet of autonomous mobile robots operating in commercial indoor public spaces. The BrainOS platform and its cloud-connected autonomy service are used by global manufacturing partners to successfully build, deploy, and support commercial robots at scale across industries and applications.