LAS VEGAS–(BUSINESS WIRE)–$AP #ARBK—BitNile Holdings, Inc. (NYSE American: NILE), a diversified holding company (“BitNile” or the “Company”) today published an unaudited update on Bitcoin production and miner installation. The number of miners and production capacity metrics within this press release represent the S19j Pro and XP Antminers at the Michigan data center and the Wolf Hollow hosting facility in Texas. BitNile’s Bitcoin mining production is currently operating at an estimated annualized run rate of 1,249.4 Bitcoin based on current market conditions, including a mining difficulty of 36.95 trillion. 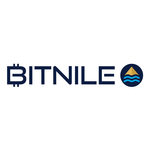 BitNile has increased the number of miners in possession to 20,441 S19j Pro and XP Antminers, which once installed and energized, will generate a combined processing power of approximately 2.21 exahashes per second (“EH/s”), the computational power that is being used to mine Bitcoin. During the month of November 2022, BitNile received 92.2 Bitcoin as a result of its miners providing computing power to a mining pool operator, and to date, BitNile has received a total of 613.8 Bitcoin.

Milton “Todd” Ault, III, the Company’s Executive Chairman, stated, “The newest green XP miners installed in Michigan have allowed us to reach a new high of approximately 1.06 EH/s. The team is still working through the issues at the Wolf Hollow hosting facility in Texas, as well as developing new relationships to operate the remaining machines.”

The Company notes that all estimates and other projections are subject to the actual delivery and installation of Bitcoin miners, the volatility in Bitcoin market price, the fluctuation in the mining difficulty level, the energizing of the Texas hosting facility and other factors that may impact the results of production or operations.

For more information on BitNile and its subsidiaries, BitNile recommends that stockholders, investors, and any other interested parties read BitNile’s public filings and press releases available under the Investor Relations section at www.BitNile.com or available at www.sec.gov.