ORLANDO, Fla.–(BUSINESS WIRE)–#combatsports–The Karate Combat World Middleweight Championship belt has a new home around the waist of the USA’s ‘Turbo’ Ross Levine after shutting out defending champion Shahin ‘The Lion’ Atamov with a striking masterclass over five hard-fought rounds in the main event. 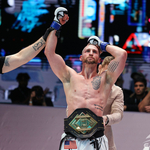 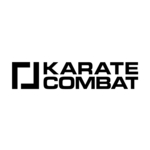 In the co-headline bout, Ireland’s Eoghan Chelmiah made a successful first defense of his Karate Combat World Bantamweight Championship in a rematch with French rival Illies ‘The Madman’ Mardhi, taking a fourth-round TKO win after Mardhi was forced to retire with an injury.

“I want to dedicate this win to my parents who are both in the audience tonight. For years and years they sacrificed everything to drive me to tournaments up and down the East Coast, all over the country, to help me gain the skills that have won me the belt here tonight. I’m a world champion and I can’t wait to put the belt on their shoulders!” said newly-minted middleweight champion Levine in his post-fight interview.

Regarding a first defense, Levine said, “As champion you don’t get to decide who comes next. So I’m here, I’m ready, I’m training and I’m looking forward to getting after it again.”

Chelmiah was reflective in his post-fight speech and took the opportunity to praise Mardhi, who has now twice lost to Chelmiah by injury in back-to-back title fights.

“If there’s a trilogy fight [with Mardhi], I don’t mind. I’m here to fight, I’ll fight whoever they put in front of me, whoever [Karate Combat president] Adam Kovacs wants me to fight,” said the Irish champion.

“Nobody wants to win due to their opponent suffering an injury. Me and Illies are the two best in the division, we have these close fights. He’s a true warrior and he’s gained a fan in me, I’ll always support him.”

In other standout bouts of the evening, Rafael Aghayev switched between heavy physicality and lightning-fast flurries to outwork and outpoint Davy Dona, taking the decision win and settling a beef between them which dates back to a 2016 encounter.

Gabriel Varga made an impressive Karate Combat, dominating the fight with recent lightweight contender Bruno Assis and showcasing the skills which made him a world champion in Bellator and GLORY. Varga now sets his sights on the Karate Combat World Lightweight Championship and believes his win over Assis may place him in immediate contention.

Also entering their name into title contention is Omaira ‘La Guerrera’ Molina, who is now 4-0 in Karate Combat following a solid win over Ana Luiza Ferreira.

It was a triumphant post-pandemic return to the USA for Karate Combat and the league surprised attendees and fans with the announcement that it will return to the same venue with another world-class fight card on August 27th.

Full card details and a ticket on-sale date for that event will be announced in the near future. Visit www.karate.com for breaking news and more information on Karate Combat events.

Modern combat sports such as MMA boasts the fastest growing fanbase, with over 600 million fans worldwide, who also represent the youngest audience demographic of any sport. Karate itself boasts more participants than MMA around the world – the World Karate Federation claims there are 100 million practitioners around the world – and is a respected Olympic event.