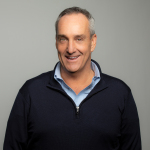 Shallbetter brings to Level Ex decades of operating experience from the
business side of entertainment and games, having served at Atari for 14
years—first as Head of Digital Strategy and Distribution, then as the
Chief Operating Officer, during which he oversaw business development,
marketing, and operations functions. He expanded the brand’s reach to
over 160 countries through multi-year distribution and licensing deals
and grew Atari’s user base by tens of millions of players through its
recent titles. Prior to Atari, Shallbetter worked in live
entertainment—managing touring businesses for marquee entertainers,
including Tina Turner, Lynyrd Skynyrd, and the Harlem Globetrotters—then
shifted to managing entertainment merchandising entities.

“With his broad relationships across the video games industry, Todd is
exceedingly qualified to identify best-in-class game technologies and
help Level Ex unleash them onto the field of medicine,” said Sam
Glassenberg, Founder and CEO of Level Ex. “Level Ex has consistently
attracted top talent from the games industry across a range of
disciplines: art, production, game design, and development. With Todd
joining, that roster expands to include business and operations
leadership.”

“I had been following Level Ex closely, so when the opportunity came up
to work for them, it was a resounding yes. The caliber of the team is
incredible, with standout executives and game developers. They make fun
video games to improve physician performance, turning entertainment into
a credible tool for learning in ways nobody else has done before. I’m
thrilled to push this important mission into new markets.”

Shallbetter joins Level Ex on the heels of tremendous growth. As one of
the fastest growing independent video game studios, Level Ex is
projected to double their employees in 2019; to date, Level Ex has
announced $15M in Seed and Series A financing. The company has released
three game titles-Airway Ex, Gastro Ex, and Pulm Ex-with a fourth
launching later this month: Cardio Ex. Multiple games are currently in
development.

Level Ex is an acclaimed medical video game company creating
industry-leading mobile, AR, and VR games for physicians. The company
uses video game technology and cognitive neuroscience to capture the
challenges of practicing medicine—revolutionizing the way physicians
keep up-to-speed with diseases, rare and challenging cases, new medical
devices, and drug therapies to stay sharp in their specialties. The
company’s video games, used by over 350,000 healthcare professionals,
offer CME credits and are available free for iPhone, iPad, and Android
devices. Find out more at level-ex.com
and follow them on Twitter @LevelExTeam.

TESSCO Technologies to Present at the Sidoti Virtual Microcap Conference on May 20, 2021