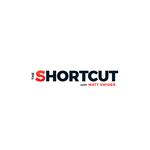 “As we gear up for the biggest tech shopping season of the year, it made sense to add some of this incredible talent to my team,” said Matt Swider, founder and editor-in-chief of The Shortcut. “With their technology expertise and valued recommendations, I’ll be able to provide my readers with even more of the stories, reviews, deals and engaging content you already know and love.”

Gabe Carey joins The Shortcut from the Daily Mail’s first dedicated consumer reviews site, “Decidedly,” where he developed the site’s product reviews testing methodology, content structure blueprint, style guide and editorial calendar from scratch. He previously led editorial and affiliate efforts for publisher G/O Media, which owns popular sites such as Gizmodo, Lifehacker and Quartz. He also established the affiliate arm of StackCommerce, managing campaigns for TMZ, NY Post and Mashable, among others. His editorial experience spans across almost a decade of tech journalism.

As senior editor, Jackie Thomas brings ten years of journalism experience to her new role with a keen focus on product reviews. She is renowned for her ability to test and manage computing components, PC gaming equipment and laptops. She has previously held editorial positions at both Decidedly and TechRadar, where she wrote, tested, reviewed and edited web content.

News editor Callum Bains comes to The Shortcut from TechRadar, where he helped lead the site’s gaming news coverage. With over three years of experience, he’s always whipping up interesting stories about gaming updates, consoles and accessories. He has also freelanced for several sites including The Telegraph, Clash and GamesIndustry.biz. He has also worked as a staff writer at Wargamer.

Wes Davis is a contributing editor who has been brought in to help support the abundance of news content needs over the holiday & CES season. He has written extensively about networking hardware, smart home products and other tech roundups for leading publications like Gizmodo, Tom’s Hardware, Tom’s Guide, PC World and more recently, the Daily Mail.

Additionally, Krista Sparks Kiner joined the team to play a key role as The Shortcut’s Chief Brand Officer, managing the site’s consumer marketing, brand partnerships, sponsorships and other publicity efforts. With a deep background in technology PR and marketing, Krista has over 15 years of communications experience. She has supported marketing campaigns and PR efforts for several major brands in the tech and consumer electronics space.

Today’s exciting additions to The Shortcut roster are in addition to Adam Vjestica, who is the senior editor and first editor to join the site back in June 2022. Adam was previously TechRadar’s gaming hardware editor and drove millions of visitors to the site thanks to his expert knowledge and hard-hitting op-eds. Adam has also worked at Nintendo of Europe in Frankfurt as a content marketing editor and helped launch the Nintendo Switch.

“Our team is incredibly enthusiastic about tech news and willing to do things differently to deliver stronger tech stories, better product recommendations and timely deals. There’s never been a more exciting time for The Shortcut,” said Swider.

SPARK. Media on behalf of The Shortcut