BOCA RATON, Fla.–(BUSINESS WIRE)–$LLAP #TerranOrbital–Terran Orbital Corporation (NYSE: LLAP), a global leader in satellite solutions, primarily serving the United States and Allied aerospace and defense industries, today announced the commissioning of the Fleet Space CENTAURI-5 payload. The payload provides Machine to Machine (M2M) and Internet of Things (IoT) connectivity to ground terminals and is an improved version of the payloads flown on CENTAURI-3 and CENTAURI-4. 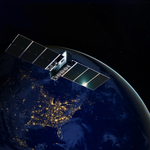 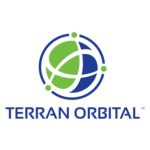 Specific upgrades encompassed in the CENTAURI-5 payload include enhancements mitigating the effects of radiation in LEO, direct communication links to Fleet Space’s ground station, and an extended S-Band range that allows uplink at standard ground station frequencies. Digital beamforming provides extra gain, increasing the data rate, while also allowing the S-Band frequency channels to be reused on the different beams. This combination increases the satellite’s data capacity by 2.6 times. The all-metal patch antennas are all entirely 3D printed – a world first.

“Terran Orbital is thrilled to continue our collaboration with Fleet Space Technologies,” said Terran Orbital Co-Founder, Chairman, and Chief Executive Officer Marc Bell. “We are grateful Fleet Space entrusted us with the creation of their one-of-a-kind satellite. The data gathered from CENTAURI-5 will change the way people communicate about the energy, utilities, and resource industries. Terran Orbital looks forward to continuing our partnership as we work alongside Fleet Space to assure CENTAURI-5’s continued mission success and the greater success of the constellation.”

“Centauri 5 is the start of the most powerful low-power constellation in Space,” said Fleet Space Technologies Co-Founder and Chief Executive Officer Flavia Tata Nardini. “We are making global history through digital beamforming and 3D printing our microsatellites. Our constellation will provide connectivity to all areas of our globe and is already playing a major role in discovering the critical energy transition minerals that will enable a clean-air mobility future. We are proud to work with Terran Orbital to provide global connectivity and provide dramatically more sustainable and economic routes to solving some of our planet’s most pressing challenges.”

Fleet’s constellation is set to become one of the world’s most advanced low-power satellite networks, securing global coverage for IoT devices by using its in-house nanosatellite technology. Satellites within the constellation will each perform a specific function. CENTAURI-5 will focus on improving data transfer and communication in the energy, utilities, and resource industries.