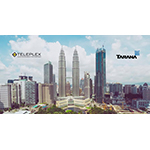 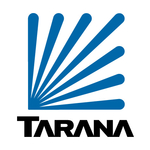 Teleplex, an established distributor of telecommunications equipment in Selangor, Malaysia, intends to make G1 Malaysia’s primary last-mile connectivity solution for rural deployments, as well as to leverage G1 to provide high-speed connectivity to vertical markets like surveillance, smart cities, smart farming, IoT gateways, transportation, and warehousing. HP Lee, Managing Director of Teleplex, commented, “We are driving into vertical market segments to create essential awareness of Tarana’s unrivaled interference cancellation, fiber-class speeds, fast ROI, and NLoS capabilities for fixed wireless. We are thrilled to have an already-long waitlist of pilot projects. Tarana G1 is truly a game changer in helping our partners build their businesses, and this is a win-win-win scenario for all.”

During the pandemic, Teleplex saw a significant rise in connectivity gaps in rural Malaysia and is committed to helping their partners provide crucial connectivity throughout the country. With the addition of G1 to their product portfolio, Teleplex will enable their customers to connect the tens of thousands of unserved Malaysian households at a fraction of the cost and time to deploy fiber broadband, narrowing the digital divide in rural areas at an unprecedented rate.

Dirk Gates, President of Tarana, added, “We are very excited to be joining forces with Teleplex to expand the reach of G1 into Malaysia and new vertical markets. We share aligned missions of enabling our customers with reliable connectivity solutions and ultimately want to reach millions more end users on the other side of the digital divide, providing fast, affordable internet access for all.”

TELEPLEX SOLUTIONS SDN BHD was founded in 2006 and has emerged as a leading value-added distributor for telcos, ISPs, and large enterprise customers in Malaysia, with cutting edge technologies from strategic partners. The advent of IoT, cloud-scale data centers, and high-speed broadband has caused our business to expand exponentially, and we remain fully committed to being our customers’ most trustworthy partner for their business innovation and digital transformation. We strive to ensure our solutions deliver unbreakable connectivity, anytime and anywhere, enabling our customers to build thriving, profitable operations. Learn more at https://teleplex.com.my.

Since our founding in 2009, the Tarana team has been on a mission to accelerate the pace of bringing fast, affordable internet access to the world. With a decade of research and more than $400M of investment, we’ve created an entirely unique ngFWA technology instantiated in our first commercial platform, Gigabit 1 (G1). G1 delivers a game-changing advance in broadband economics in both mainstream and underserved markets, using licensed or unlicensed spectrum. G1 started production in mid-2021 and has already been installed by over 180 service providers globally. We’re headquartered in Milpitas, California, with additional research and development in Pune, India. Visit www.taranawireless.com for more on G1.