BLOOMINGTON, Minn.–(BUSINESS WIRE)–SkyWater Technology (NASDAQ: SKYT), the trusted technology realization partner, today announced it will manufacture chips that researchers can use to develop new nanotechnology and semiconductor devices through a cooperative research and development agreement between the U.S. Department of Commerce’s National Institute of Standards and Technology (NIST) and Google. Through the partnership, Google will pay the initial cost of setting up production and will subsidize the first production run. NIST, with university research partners, will design the circuitry for the chips. The circuit designs will be open source, allowing academic and small business researchers to use the chips without restriction or licensing fees. 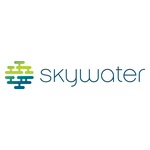 “It was exciting to hear Secretary Raimondo announce the partnership between NIST, SkyWater and Google during her visit to Purdue this week, along with Secretary Blinken, Senator Young and Indiana Governor Holcomb to discuss the role of universities in CHIPS Act funding related to microelectronics research, manufacturing and workforce development,” said SkyWater President and CEO, Thomas Sonderman.

SkyWater has a history of public-private partnerships and will continue that success with the appointment of Brian J. Lenihan to the role of vice president of government relations, based in Washington D.C. Lenihan brings extensive public policy experience and will be focused on deepening the company’s relationships within all levels of government, highlighting SkyWater’s value as the only U.S.-owned pure-play foundry. He will play a key role in leading government relations initiatives in support of the CHIPS Act to further U.S. innovation, workforce development and secure manufacturing.

“Brian joins SkyWater following his efforts in the Department of Commerce and NIST to drive public policy forward for the microelectronics industry, and now he will leverage his expertise to enhance SkyWater’s offerings to our customers and the country,” said Sonderman. “We are pleased to have a leader of Brian’s caliber and capability join SkyWater’s ranks to continue the efforts we have achieved so far. He will be key to our success, especially at this time, when effective engagement with stakeholders has never been more important to enhance America’s standing in the most advanced technologies.”

Prior to SkyWater, Lenihan served in a variety of public and private roles within the government affairs realm, as a Presidentially appointed senior executive in positions at the U.S. Department of Commerce. Previously serving as the executive director of SelectUSA, the U.S. government’s business investment agency, he also held roles as senior advisor in the offices of the Secretary, Deputy Secretary and other agency leaders, including chief of staff at NIST. In addition to his roles in the Executive Branch, Lenihan led regulatory and federal affairs for trade associations and served as a legislative aide to three respected and senior members of the U.S. House of Representatives. He received his B.A. in Political Science from the University of Central Florida.

“SkyWater is at the leading-edge of microelectronics, co-developing differentiated products with its customers using its unique Technology as a Service (TaaS) business model and is particularly well-positioned in delivering critical technologies for our Nation’s security,” said Lenihan. “I am thrilled to work with SkyWater colleagues to build upon their achievements and to work with our partners and stakeholders to advance the goals of the company and our country to build truly foundational opportunities for economic growth, national security, and advanced technological innovations.”

This press release contains “forward-looking” statements within the meaning of the Private Securities Litigation Reform Act of 1995, including statements that are based on the Company’s current expectations or forecasts of future events, rather than past events and outcomes, and such statements are not guarantees of future performance. Forward-looking statements are subject to risks, uncertainties and assumptions, which may cause the Company’s actual results, performance or achievements to be materially different from those expressed or implied by such forward-looking statements. Key factors that could cause the Company’s actual results to be different than expected or anticipated include, but are not limited to, factors discussed in the “Risk Factors” section of its annual report on Form 10-K and quarterly reports on Form 10-Q, and in other documents that the Company files with the SEC, which are available at http://www.sec.gov. The Company assumes no obligation to update any forward-looking statements, which speak only as of the date of this press release.

JFrog Appoints Seasoned DevOps, Cloud and Security Leader Yvonne Wassenaar to its Board of Directors