SAN FRANCISCO–(BUSINESS WIRE)–The National Football League (NFL) and Skillz (NYSE: SKLZ), the leading mobile games platform bringing fair and fun competition to players worldwide, today revealed that Play Mechanix won the NFL & Skillz Game Developer Challenge. Through this first-of-its-kind collaboration, competing developers had the opportunity to create innovative NFL-inspired and branded mobile games powered by the Skillz esports platform. Play Mechanix was selected out of nearly 200 developers for their high-quality graphics, NFL brand representation, and fun and challenging game play that is expected to appeal to current NFL fans and others who may be experiencing the fun of the NFL for the first time. 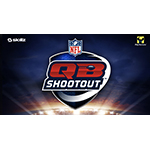 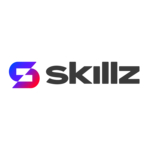 The winning game, NFL QB Shootout, invites fans to quarterback their favorite NFL team to victory by mastering their football throwing prowess. With 32 NFL teams to choose from, players compete by throwing passes and scoring touchdowns to win real-world prizes before the clock runs out.

“Huge congratulations to Play Mechanix for building a game that received high marks from NFL fans around the world to win the developer challenge,” said Andrew Paradise, CEO of Skillz. “Empowering game developers defines the heart and soul of what we do at Skillz, and is the reason why we approached the NFL to team up on this competition. We are excited to partner with Play Mechanix to offer the thrill and fun of NFL QB Shootout to millions of players.”

“It’s an incredible honor to win the NFL & Skillz Developer Challenge,” said George Petro, President of Play Mechanix. “The NFL is one of the biggest brands in the world, and our vision was to create a unique game experience that will excite both current and new fans alike. Through this opportunity, Skillz is empowering us to create an NFL branded mobile game that enables evenly matched tournaments while facilitating an amazing experience for players.”

NFL QB Shootout will enable engagement with millions of new and existing football fans where they live – on mobile – while driving the convergence of offline and online sports. The winning game, NFL QB Shootout, showcases the possibilities that happen when developers’ creativity meets the power of the Skillz platform, along with the magnitude of the NFL brand and its fandom.

NFL QB Shootout is available now for play on iOS and Android.

Skillz is the leading mobile games platform dedicated to bringing out the best in everyone through competition. The Skillz platform helps developers create multi-million dollar franchises by enabling social competition in their games. Leveraging its patented technology, Skillz hosts billions of casual esports tournaments for millions of mobile players worldwide, with the goal of building the home of competition for all. Skillz has earned recognition as one of Fast Company’s Best Workplaces for Innovators, CNBC’s Disruptor 50, Forbes’ Next Billion-Dollar Startups, Fast Company’s Most Innovative Companies, and the number-one fastest-growing company in America on the Inc. 5000. www.skillz.com

Shelby’s Legal Battle Over the “Eleanor” Car Is Over. Shelby Won!