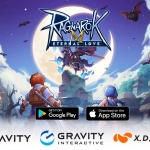 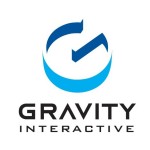 To guarantee a stable service of the game, Gravity carried out a closed beta test from October 10th to October 13th. Following the examinations and server tests, the official service for Europe began on the 16th.

Ragnarok M: Eternal Love, which can be enjoyed in English, German, Spanish, French, Portuguese, and Russian, will truly become a game that can be played worldwide.

Gravity will continue to communicate with players in order to provide a satisfactory service and experience to its European and Russian users. Gravity plans to accelerate the expansion of various titles overseas with its years of accumulated experience.

Ragnarok M: Eternal Love is the mobile version of the popular PC online game ‘Ragnarok Online,’ which has been in service for 17 years since 2002 and is currently available in over 83 regions across the globe.

Gravity was established in April 2000. During the early stages of the Korean online game industry, Gravity was the only Korean game company to be registered on the NASDAQ. Gravity has a wide range of genres of games based on Ragnarok IP, including Ragnarok Online and Mobile Ragnarok M: Eternal Love, as of which has one of the largest user bases in the world.

Feel the Thrill of the Track in Codemasters® F1® 2021, Out Today