It’s Not Only Football: Friday Night Lights and Beyond Premieres Thursday, November 10, 2022

Distributed Exclusively Across LiveOne, Apple, Spotify, Amazon Music, & YouTube, as Well as in All Tesla Cars 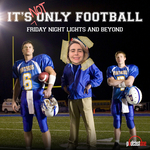 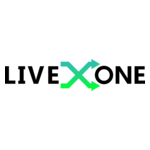 Original “Friday Night Lights” series co-stars Porter (#6 Jason Street), Gilford (#7 Matt Saracen), and FNL superfan Whitman gather every Thursday for It’s Not Only Football: Friday Night Lights and Beyond. Tune in to relive the glory as they discuss their favorite moments and memories from the show and share never before told stories. Each week, Scott, Zach and Mae will break down an episode of “Friday Night Lights”, giving listeners and viewers exclusive behind-the-scenes stories and the latest going on in their lives. Episodes will feature guests that range from fellow cast members, to close friends and colleagues. Clear Eyes, Full Hearts, can’t lose!

“For Zach and Scott, going back to Dillon has been a long time coming and just made sense. We’re pretty sure Mae’s just on the pod to make her dream of working with Taylor Kitsch become reality. We kid, we kid. We’ve been friends for a long time and share a unique passion and love for ‘Friday Night Lights,’ a show that had such an equal impact on those who made it and those that have watched it since its debut. It’s why we’re excited to share our memories of making the show and the journey of watching it with our listeners. We can’t wait to talk about revisiting the show and our lives since then, chat with other people from the show, the industry, and beyond, and really open up about how being a part of the show — as actors and viewers — tugged at our heartstrings every week. It’s what we hope will keep our fans coming back for more,” said Porter, Gilford and Whitman.

“When ‘Friday Night Lights’ launched on television audiences were captured by the show’s heart and it’s that heart that lives on with this podcast through its hosts Scott, Zach and Mae. The dual points of view that they give in each episode is unique and embodies exactly what audiences want from their podcasts – original content, insight and humor. We cannot wait for the world to fall in love with this show,” said President of PodcastOne, Kit Gray.

PodcastOne continues to develop and produce compelling and entertainment based content to generate excitement and intrigue in the audio and streaming space. Along with its parent company LiveOne, PodcastOne is leading the industry and encouraging its expansion through platforms and relationships that allow brands to further expand the scope of their awareness and charitable campaigns by reaching audiences in the fastest growing medium available. PodcastOne’s full roster of programming is available on PodcastOne, Apple Podcasts, Spotify, Amazon Music and wherever podcasts are heard. As part of the growing slate of podcasts available in Tesla cars via LiveOne’s streaming platform, It’s Not Only Football: Friday Night Lights and Beyond joins available programming such as Baby Mamas No Drama, Coffee Convos, Nappy Boy Radio with T-Pain and Southern Tea which have all been added to the driver experience.

Zach Gilford and Mae Whitman are managed by Untitled Entertainment with Hansen, Jacobson providing legal representation for Whitman. Scott Porter is managed by Brillstein Entertainment Partners and all are represented by The Gersh Agency.

Mae Whitman is a versatile actress in both film and television, recently starring as Annie Marks in NBC’s “Good Girls,” and the upcoming musical comedy, “Up Here,” on Hulu. Previously, Mae starred as Amber Holt in NBC’s drama series “Parenthood,” winning a Gracie Award for Outstanding Female Actor in a Breakthrough Role and a Critics’ Choice Television Award nomination for Best Supporting Actress in a Drama Series. She starred in the features “The DUFF” and “The Perks of Being a Wallflower.” She also reprised her role as Ann Veal in the Emmy Award winning “Arrested Development” on Netflix. Mae is the voice of Tinker Bell in the hugely successful Disney Fairies franchise, she voices the character of April O’Neil in “Teenage Mutant Ninja Turtles” on Nickelodeon, and Amity in “The Owl House.”

Zach Gilford is currently shooting “Criminal Minds: Evolution,” the revival of the popular CBS series. He can be seen in a lead role in Midnight Club, and Midnight Mass, both on Netflix from creator Mike Flanagan. Best known for his lead role in the Emmy winning series “Friday Night Lights,” Zach recently starred in “LA’s Finest,” and NBC’s “Good Girls.” Additional TV credits include the ABC series “The Family,” Fox’s “The Mob Doctor,” and his feature films include Larry Fessenden’s “The Last Winter,” The Purge: Anarchy,” for which he was nominated for a 2015 MTV Movie Award, among many more.

Scott Porter is an actor on both screen and stage, best known for his critically acclaimed performance as Jason Street on the beloved Emmy-winning NBC drama “Friday Night Lights.” He charmed audiences as George Tucker on the CW series “Hart of Dixie,” and currently stars in Netflix’s “Ginny & Georgia.” On the big screen, Porter’s credits include “The To Do List,” alongside Aubrey Plaza and Bill Hader, “10 Years,” alongside Channing Tatum, Kate Mara and Rosario Dawson, and the Wachowski’s cult classic “Speed Racer”. You can hear Porter’s voice in many AAA title video games including “Madden NFL Football”, the award winning “Arkham” series, and “God of War: Ragnorök”. A veteran of the stage (originating the role of Matthew in the award winning musical, “Altar Boyz”) as well, he is incredibly excited for the upcoming Hulu musical comedy TV series “Up Here” also with Mae Whitman and Carlos Valdes.

PodcastOne is a leading advertiser-supported podcast company, offering a 360-degree solution for both content creators and advertisers, including content development, brand integration and distribution. Acquired by LiveOne (NASDAQ: LVO) in 2020, the two entities have subsequently teamed to create a new video podcast (Vodcast) network under the LiveOne umbrella. Amassing more than 2.48 billion downloads per year with 300+ episodes distributed per week across a stable of hundreds of top podcast programs, including influencer talent such as Kaitlyn Bristowe, Steve Austin, Jordan Harbinger, Kail Lowry, Heather Dubrow, The LadyGang, Kevin Connolly, Kevin Dillon, Doug Ellin, Nick Swisher, Michael Irvin, Robert Horry and top-rated true crime shows including Bad Bad Thing, True Crime All the Time Unsolved, This is MONSTERS, Court Junkie, A&E’s Cold Case Files, American Nightmare and more. Its shows are distributed across its own platform as well as LiveOne’s owned-and-operated channels on mobile, mobile web, desktop and SmartTV’s. PodcastOne is the parent company of LaunchpadOne, an innovative self-serve platform developed to launch, host, distribute and monetize independent user-generated podcasts. PodcastOne is the brainchild of Radio Hall of Famer, Norm Pattiz, also the founder of Network Radio-giant, Westwood One.

Headquartered in Los Angeles, California, LiveOne, Inc. (NASDAQ: LVO) (the “Company”) is an award-winning, creator-first, music, entertainment and technology platform focused on delivering premium experiences and content worldwide through memberships and live and virtual events. The Company was awarded Best Live Moment by Digiday for its “Social Gloves” PPV Event and has been a finalist for 8 more awards, including Best Live Event, Best Virtual Event, Best Overall Social Media Excellence, and Best Original Programming from Cynopsis and Digiday. As of September 30, 2022, the Company has accrued a paid and free ad-supported membership base of 2.55 million, streamed over 2,900 artists, has a library of 30 million songs, 600 curated radio stations, over 300 podcasts/vodcasts, hundreds of pay-per-views, personalized merchandise, released music-related NFTs, and created a valuable connection between fans, brands, and bands. The Company’s wholly-owned subsidiaries include Slacker Radio, Gramophone Media, Palm Beach Records, Custom Personalization Solutions, LiveXLive, PPVOne and PodcastOne, which generates more than 2.1 billion downloads per year and 350 episodes produced per week across its stable of top-rated podcasts. LiveOne is available on iOS and Android mobile devices, Android Automotive, as well as Apple, Android, Roku, Amazon Fire, and Samsung TV devices. LiveOne also has a 24-7 linear OTT channel available on STIRR, through Zync (coming soon), and on LiveOne.com. For more information, visit liveone.com and follow us on Facebook, Instagram, TikTok, and Twitter at @liveone.