As part of its transition to a DAO model, the league is the first in professional sports to embrace new, permissive Web3 IP licensing models 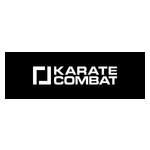 For an initial term of 3 years, Karate Combat licensees will be granted the right to commercialize league IP in the categories of NFTs and video games. Pending community feedback, the league intends to permanently extend and expand the program across most categories.

Web3 licensing models are still in an early phase of experimentation and iteration. Projects such as Bored Ape Yacht Club have granted NFT holders the right to commercialize their owned artworks, and holders have rushed to license the images for categories from TV shows to rolling papers. Other projects, such as Nouns DAO and Moonbirds, have gone the further step of utilizing a Creative Commons, No Rights Reserved License, or “CC0 ” license, placing the artworks in the public domain and allowing anyone to use the IP. Bored Ape Yacht Club and Nouns DAO NFTs have both been featured in past Karate Combat digital 3D backgrounds rendered in Epic Game’s Unreal Engine.

The League is developing and testing these new licensing models to fit the unique demands of a community-governed professional sports league. The league’s IP is deeply linked to athlete likeness, and the league’s community is its biggest asset. Similar to a CC0 license, anyone who satisfies criteria to be finalized by the DAO will be able to commercialize Karate Combat IP in the initial two pre-approved categories.

Creators do have to pay commission to Karate Combat for using the IP commercially, but at a rate which has deliberately been set low in order to make the opportunity as inclusive as possible and encourage young creators to take part. Creators can retain 80% of the revenue they generate from Karate Combat IP, with the other 20% being shared equally between Karate Combat fighters and the Karate Combat community.

Karate Combat recently announced that it will be the first professional sports league to transition to a DAO, governed by the $KARATE token. In two months the league will begin giving away half of its tokens in the “largest giveaway in the history of sports.” Unlike sports fan tokens issued to date, the $KARATE token holders have real control rights over league operations. The announcement today is an additional step in the league’s transition to community control. The final IP license will be released ahead of the DAO’s launch in December 2022, and the first projects are expected to launch in Q1 2023.

“The Web3 industry has embraced new IP licensing models that leverage the creative forces of permissionless innovation and community to accelerate growth,” said Robert Bryan, founder of Karate Combat. “Today Karate Combat announced that it is granting its community the right to use its IP in the categories of NFTs and video games in return for a low fixed royalty to the League’s fighters and community.”

Builders interested in the league’s new IP license should visit the KC Universe channel in Karate Combat’s discord at https://discord.gg/qzGGBEuN.

Karate Combat fans can read the league’s draft whitepaper and join the app and airdrop waitlist at karate.com/airdrop. The league’s next event, “Karate Combat 36,” will take place October 29, 2022, live from Backlot of Universal Studios in Orlando, Florida. Tickets are on sale now at www.karate.com/tickets.

Karate Combat is the world’s premier striking league and the first sports league to be structured as a DAO. The league is also the only global leader to blend live-action sports with immersive CGI environments powered by the Epic Games Unreal gaming engine. World champions and olympic medalists from around the world compete in eight different weight divisions in pursuit of Karate Combat World Championship belts and will participate in token-based governance. Karate Combat is owned by the Sensei Foundation, a Cayman Islands Foundation Company, and a subsidiary of Sensei Foundation BVI, a purpose trust established in the British Virgin Islands to promote the league and the sport of karate. For more information, please visit www.Karate.com